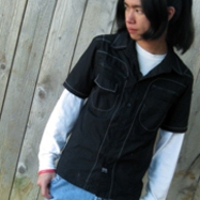 Long ago, on an island across the sea, an Asian boy with a ponytail wished that he could bring his love for acting and interest in anime together. His wishing came to an end when he moved to Texas to pursue a career in voice acting. In late 2009, he debuted in Blassreiter as Malek Werner. Since then, Micah has gone on to do other things, some of which were more voice acting.