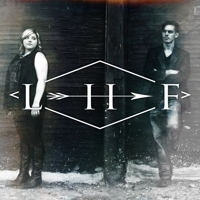 Anglophiles around the world may be disappointed to learn that London Has Fallen, but fans of dynamic, offbeat alt rock that grooves and soars outside the usual confines of the genre are excited about the rise of Alecia Gates and Cameron Gorham – the Illinois duo with the unusual Brit-referenced name known for their wild blend of raw, gut-level emotion and eclectic and soaring, string driven atmospheres. London Has Fallen – on the heels of their successful 2014 debut album Fracture – is currently sporting their latest release “Breathe,” whose tracks have been receiving rave reviews since their release.