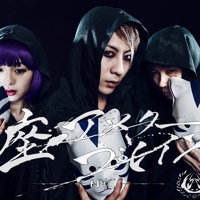 The Asterplace is a New York City based “Tokyo Melodic-Core x Japanese Anime Rock Band.” They create beautiful music, much like the beauty of a flower blossoming each year, representing the beautiful melody the band’s music creates. As the sun shines upon the world, as the moonlight upon the atmosphere, The Asterplace projects their music to the world. The band name is also included such members wishes and strong splits. So far, The Asterplace has performed at more than 50 conventions and festivals as musical guests. Their energetic and joyful rock’n roll show has entertained many audiences all over the world.

In order to bring their compositions with a whole new energy, they add diversity to produce each tune. This group’s tremendous dedication to their work is evident, as they are constantly working, practicing, and thinking about new pieces. They are never satisfied until perfection is reached. The mixed cultural and newfound movement of The Asterplace’s music constantly surprises their audience. Their sound deletes the barrier between ethnicities and other common boundaries, leaving an everlasting impression. With a variety of style, they rock each show away, each time becoming more unique. Believing in “live” performances, The Asterplace includes everyone in a way that will get you involved in their phenomenal show throughout the entire day!

In 2016 January they finally released their 2nd studio-recording album “Venus” from their own management company “Bright Stone Entertainment, INC”. Not only full of their impulse & energy to change the world, this album also contains many styles of music. And it is going to shine as like the Venus at the night. There’s no way that you’ll miss the “Supernova” from New York City and Tokyo, Japan!