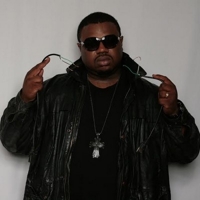 Ambush Vin is an exciting lyricist specializing in Sci-Fi Music, captivating music listeners who crave a different sound with his unique style of hip-hop! He is the world’s first and ONLY Sci-Fi Hip-Hop artist! His motto, “1/2 Street but ALL Geek,” describes his journey to sci-fi hip-hop: “My options in life appeared to be slim growing up with future hustlers, gangsters, and criminals,” Vin explains. “Despite the pressure, my fondest childhood memories are filled with geeky fandoms. I have a Star Wars obsession that still exists today, a love affair with comics that started at age 7 with Marvel’s 1984 Secret Wars, and a love for video games that began with a Commodore 64!” The self-described “authority on all things Sci-Fi” has been described as eccentric, ground-breaking and unique. Vin’s mission is to motivate the millions of hip-hop listeners to promote the power of being unique individuals. “Hip-Hop is the ONLY genre of music where you have to have a certain image in order to be accepted as a “real” or “lyrical” artist. It’s time for everyone to lend an ear to the talented artists who aren’t thugs or street. How do we expect Hip-Hop to evolve into its full potential if we become trapped within the monotony of one voice with multiple personalities?” On October 1, 2015, Ambush Vin released the critically acclaimed “SciFiMusic” album, along with “The Mastigical Solution” e-book and “Pre-Cosmic,” which is a 10 page comic book. He is currently working on, “Tales from the Multiverse”, which is a monthly EP series, and the follow-up to SciFiMusic – “The Quantum Tollbooth”. Follow Ambush Vin’s music at http://ambushvin.com/ and https://www.facebook.com/scifivin.