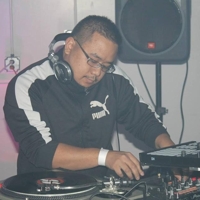 Recognized by thousands of fans across the globe, Revolution Boi became one of the first U.S. Based DJs and remix artist to enter the Vocaloid Scene. His work with music in Japan has allowed him to become familiar with Vocaloid before Hatsune Miku herself even existed. His performances are fan favorites at events across the United States. He has also performed alongside well known Vocaloid artists and producers for other collaborations works and mixsets. Many years in the DJ scene has led Revolution Boi to travel and experience diverse sounds and develop a unique ability to recognize the mood of his audience. His ability to synthesize music of any genre is unrivaled as he continues to inspire and influence fans and musicians alike. Revolution Boi now resides in Los Angeles where he will continue honing his ability to interact with crowds and deliver outstanding mixes and remixes.