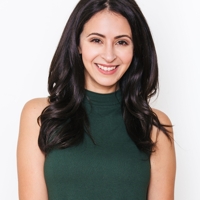 Voted Voice Actress of the Year by BTVA in 2015, Jessica DiCicco has no signs of slowing down anytime soon! She got her start in voice acting having once auditioned to voice a four-year-old cartoon bear so convincingly that a Disney casting agent thought he would actually meet a four-year-old actress when he gave her a callback. Soon after, Jessica packed her bags, hopped a plane to LA and started her adventures in voice acting.

Jessica gained a cult following for her role as the feisty Flame Princess in Adventure Time. Her other credits include both Lucy and Lynn in the brand new Nickelodeon show The Loud House which debuted at number 1 surpassing Spongebob, the rambunctious Bug in the brand new Disney XD show Future-Worm, the ambitious reporter Ash Samaya from X-Ray & Vav (RoosterTeeth), she plays both Tambry and Giffany on BAFTA winning Disney series Gravity Falls, Malina from the Disney Channel classic show The Emperor’s New School, the evil Selina in Winx Club, the real life puppy Freddy on Disney’s Dog With a Blog, Toby in Sheriff Callie’s Wild West, Lexi Bunny on Loonatics Unleashed, Patches in Pound Puppies, and most recently can be heard as the iconic SuperGirl in Lego: Justic League Cosmic Clash which was just released. You can also hear her on the brand new show DC Girls in which Jessica plays both Star Sapphire and Lashina.

She’s also lent her voice to many notable video games such as Lumina in Lightning Returns: Final Fantasy XIII, child Sim in Sims 4, Elida in Lego: Legends of Chima, she stars as Leanne in Resonance of Fate, and Olette in Kingdom Hearts II and more. Jessica was nominated for an Emmy Award for her role of Malina in Emperor’s New School. Jessica became a go-to actress for babies’ voices on live action TV. She uttered Lilly’s first word on Modern Family. She also added baby talk to Hot in Cleveland and ¡Rob!

Many exciting upcoming roles to announce, including a new Disney show, a huge project for Hasbro, a major role in a top secret high profile video game franchise, and you’ll be hearing more from Flame Princess in Adventure Time. When she’s not behind a microphone, Jessica loves to document her behind-the-scenes adventures on Instagram, Snapchat, and Twitter (It’s nice and easy to follow her @jessicadicicco on all fronts!)