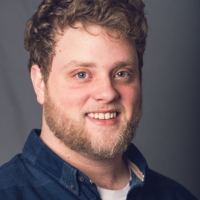 Dale Cheesman is a young comic from Houston, Texas. He has toured across the country featuring at clubs, theaters, colleges, and live venues. He has worked with some of the industries top comedians including Joey Diaz, Joe DeRosa, Maria Bamford and many others. He was featured on the Oddball Comedy Festival in 2015, Doug Benson’s ‘Doug Loves Movies’, and The Come and Take It Comedy Takeover.