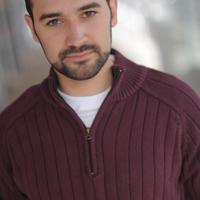 Patrick began voice acting with Sentai Filmworks in 2013, working as part of the ensemble of Harlock: Space Pirate. Then, he voiced Takao Akizuki in The Garden of Words, which won him the BTVA Award for Best Male Lead Vocal Performance In An Anime Movie/Special and a nomination for Breakthrough Voice Actor of the Year. Since then, he has voiced Hibiki Kuze in Devil Survivor 2, Shirou Emiya in Fate/kaleid, Ieyasu and Toby in Akame Ga Kill!, and many others. He was recently back in the studio for an upcoming Sentai project and looks forward to working on more characters in the years to come. In addition to voice work, Patrick has worked professionally as an actor for the past five years, performing with theatres in Illinois, Texas, Virginia, and North Carolina. This is the first Con+Alt+Delete for Patrick, and he is really excited to meet so many awesome anime fans.