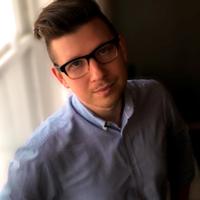 Contributing to the anime world since 2003, beginning with ADV films, Blake Shepard regularly lends his vocal talents to FUNimation, Seraphim Digital. His unique tone and versatility has allowed him to provide performances for a range of characters in shows such as: Food Wars (Crunchy Roll and Hi Dive), Air Gear (SyFy Channel/Adult Swim), Fullmetal Alchemist : Brotherhood, One Piece, Attack on Titan (Cartoon Network), Halo Legends (Netflix) and many more. As an animator, Blake Shepard has also provided the Anime Network with original animation as well as creating promos and bumpers for the network. His company Dynosaur Productions focuses on original content and new technologies. His new project: Robot Girl Chronicles is currently in production. You can learn more at Patreon.com/RobotGirl.