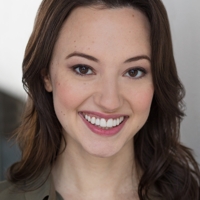 Mallorie Rodak is an American voice actor affiliated with FUNimation Entertainment and OkraTron 5000 who has appeared in over 75 anime shows and movies. She was nominated for Breakthrough Voice Actress of the Year in 2014 by Behind the Voice Actors.

Outside of the wonderful world of anime, you can hear Mallorie as the voice of Da Ji in the video game Smite, Alicia in the game Dawnstar, or Agatha on the podcast The Dungeon Booth. You may also know Mallorie’s voice from her commercials for Pizza Hut, Jeep, American Heart Association, Metro PCS, and Albertsons, to name a few brands. Mallorie is represented by Mary Collins Agency for voiceover and on-camera work. Follow Mallorie at @mall0rie on Twitter and @mmmallorie on Instagram and be sure to request her for your next convention.