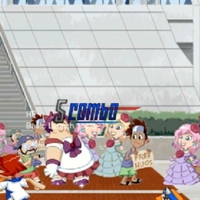 To commemorate the 20th year of Otakon coming up, Otakorp has joined up with Studio Nasu to produce Crisis Heart Brawler’s, Clash at Otakon! This is an exciting and fast paced beat ‘em upgame in the same vein as Final Fight or River City Ransom.

Highlights of the game include:
Kickstarter Link: http://www.kickstarter.com/projects/2080650728/the-official-otakon-super-beatem-up-video-game

And as we are by fans, for fans, we are funding this via Kickstarter so the fans can help out andcontribute. Backers will have access to the early release of the game and beta testing as well asother great rewards for various levels of support. They will also have the opportunity to contribute ideas to the game during it’s development.

Otakon 2013 will be held August 9-11 at the Baltimore Convention Center in Baltimore, MD.

ABOUT OTAKON AND OTAKORP, INC.: Now entering its twentieth year, Otakon is an annualcelebration of Japanese and East Asian popular culture, and also one of the largest gatheringsof fans in the United States. Otakon celebrates popular culture as a gateway to deeperunderstanding of Asian culture, and has grown along with the enthusiasm for anime, manga,video games, and music from the Far East. Since 1999, Otakon has been held in Baltimore,Maryland; currently, Otakon is one of Baltimore's few large, city-wide events, drawing over32,000 people for three days each year (for a paid attendance of over 89,000 turnstile attendees).Otakon is a membership based convention sponsored by Otakorp, Inc., a Pennsylvania-based,501(c)3 educational non-profit whose mission is to promote the appreciation of Asian culture,primarily through its media and entertainment. Otakorp, Inc. is directed by an all-volunteer, unpaidstaff – we are run by fans, for fans.