Posted in: UpcomingCons
Sep 05, 12 at 10:20pm | Ryan Kopf
Meta Con 2013 announced today that voice actor Todd Haberkorn will be returning to the convention next year. They also announced that the convention will be held Labor Day weekend at the Hyatt Regency Hotel in downtown Minneapolis. 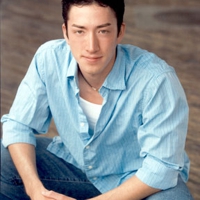 The 2013 comic convention is likely to feature dozens of guests next year, considering the next year's convention is in a much more grand and larger hotel. They had 17 official guests, performers, and professional entertainers this year, in addition to numerous fan-run events and events organized officially by staff.

Over 1,000 people attended Meta Con each day, participating in events ranging from Karaoke and Foam Weapon Battles to gaming tournaments and guest Q&A sessions. Guests this year included a nerdcore rapper and internet hacker, a steampunk entertainment group, TV stars and producers, comic artists, and more, with featured guests from Buffy and the Power Rangers.
Please login to post.