UpcomingCons
Sep 11, 12 at 11:10pm | Press Release
Bloomington, MN - September 11, 2012 - The Minneapolis anime convention, AniMinneapolis, announced today that voice actor Sonny Strait will be attending in 2013. Sonny Strait is best known for voices such as the original Tom from Toonami, Lupin the III, and Maes Hughes in Fullmetal Alchemist. AniMinneapolis 2013 will be held at the Doubletree in Bloomington, Minneapolis from June 28-30, 2013. 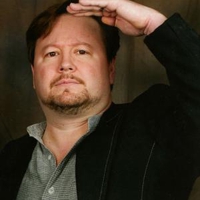 Sonny Strait is known for several voices, ranging from Krillin in DBZ to Lupin III in Lupin III. He's also known as an illustrator for one of the most famous, independently published comic book series Elfquest. Sonny Strait has over 20 years of experience in the arts.

Besides Dragonball Z’s Krillin he has worked on many popular animated characters including Maes Hughes from Full Metal Alchemist, Usopp from One Piece and Cartoon Network’s laid back, robot host Toonami Tom. He has also worked as a writer and director on several TV series including Dragonball Z, Case Closed and Lupin the Third.

AniMinneapolis is a three day convention that connects over 3,000 anime fans with exhibitors, artists, voice actors, directors, musicians, and other fans. The convention includes over 100 events every year ranging from a Date Auction to a Cosplay Masquerade. On the convention's website at http://animinneapolis.com/registration fans can register in advance for only $35.