UpcomingCons
Sep 19, 12 at 2:38pm | Press Release
NEW YORK and COLUMBUS, Ohio, September 19, 2012 – With memorable, starring roles in such films as Batman Forever, Top Gun and Tombstone, Val Kilmer has been one of the most prolific, successful actors of the past quarter century. Now his legions of fans will have a chance to meet this megastar when he attends Wizard World Ohio Comic Con, set for Sept. 28-30 at the Greater Columbus Convention Center. 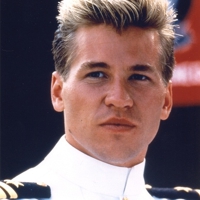 Kilmer, who will be making his first Wizard World appearance at Wizard World Chicago, will meet fans, sign autographs, pose for photo ops and conduct an interactive Q&A session. He will attend on Saturday, Sept. 29, and Sunday, Sept. 30.

He has since regularly appeared in movies and television series and recently announced that he will produce, direct and star in the title role in Mark Twain and Mary Baker Eddy.

The full event schedule can be found at www.wizardworld.com.
Please login to post.