UpcomingCons
Oct 31, 12 at 3:10am | Nate Cook
Aki Con was held last weekend in Bellevue, Washington at the Bellevue Hilton hotel. The convention included events, guests, cosplay, and dances. And a dealer's room in a leaking parking garage.

Aki Con has been happening for the past five years, after starting in 2008 at the Holiday Inn in downtown Everett, Washington - occasionally getting muddy reviews.

This year, the convention's artist alley was held in a leaky parking garage, which drew heavy criticism from attending artists who reported water falling attendees, severe cold, and sickness after the convention. 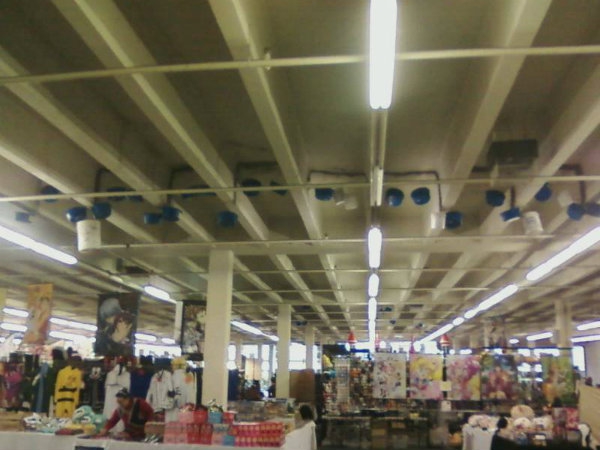 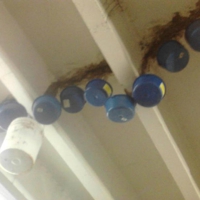 According to a post on the convention's forums, and a subsequent tumblr blog, the roof of the parking garage was littered with buckets to catch rainwater leaking from the ceilings, which overflowed and damaged artist's prints and dealer's merchandise. Other artists said that the room was so cold that they needed to find blankets and jackets.

"I was getting water dripped on me the whole time," posted forum user shenkkazoo.

Several artists pointed out the risk of fire from electric cords, and one said they observed one of the water buckets overturn on an attendee. Several people reported being ill the next day.

Leaking roofs and freezing temperatures were not the only problems reported. Another convention attendee reported that a volunteer was assigned to 8 hour shifts without meals or bathroom breaks, though posts on the forums were reportedly being deleted, and the forum has now been placed under an indefinite "maintenance."

At first, no apologies.
One volunteer responded, saying "While conditions of the garage were at times cold. We obviously would not put people in a place we thought was dangerous for their health. Con staff, while persistent, were not actually in charge of heating or if the heaters, which were provided by the hotel."

Someone apologies.
Later on, a forum user known as "SJ" posted an apology. "Please understand that all of your comments are being taken under advisement by the con heads as to what action to take regarding this matter, and that they are working towards a solution as quickly as possible."

Not the first time.
According to reports, the parking garage had been used previously for the convention, and they had previously stopped using it after numerous complaints.

The Bellevue Fire Prevention Division did not reply to our request for comment by press time.

Overall Rating - 0/5
In addition to conditions that, according to some, may have been life threatening, there were reportedly few staff working at the convention, and everything else was reportedly relatively poorly organized. Moral of the story: going to Aki Con is not recommended.