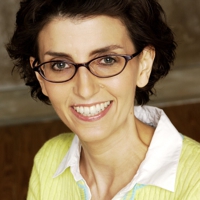 Tiffany Grant is a longtime voice actor and writer who was voiced hundreds of episodes, movies, and OVAs throughout her career. Although she has voiced dozens of characters, some of them include Asuka Langley Soryu in Neon Genesis Evangelion, Nojiko in One Piece, and Marta in Fullmetal Alchemist. She has attended tons of anime conventions as well as a special guest.

In addition to the above roles, she has voiced characters in dozens of animes, such as Kirara, Yuka’s Mother in AKB0048, Bird, Yukiyo Misaki/Kirka (Ep. 6), and Yumi Ogura in Another, Izumi Yunomoto in Bodacious Space Pirates, and Momon in the Fairy Tail the Movie: Phoenix Priestess.