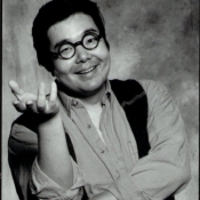 Tadao Tomomatsu is a wonderfully talented actor, comedian, and entertainer. You might have seen him in such Movies as Inspector Gadget or on such TV Shows like Banzai or Heroes. Tadao grew up in an area of the midwest which could boast few inhabitants of Asian heritage. As self-defense against being signaled out in a negative way, Tadao developed a quick sense of humor and a wide range of voices. Just ask him to do his Louis Armstrong and you’ll never be the same. These outstanding abilities soon led to his participation in theater productions and the discovery of a love for the field of entertainment.

Tadao has had extensive experience in organizing large events. He has run and organized science fiction conventions ranging in size from a few hundred to a few thousand. Tadao also coordinated the logistics for LA Con IV: The 64th World Science Fiction Convention (6,000+ attendees in 2006).