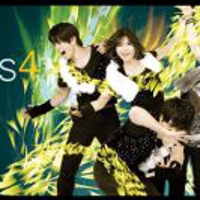 This internationally acclaimed group is comprised of 4 brothers and sisters. AKINO, the second youngest of the group and a solo artist, sang her way to the top of the charts with Sousei no Aquarion at the age of 15. This group has been featured on both Disney Channel Japan and the US Disney Channel, as well as starred in the Kansai Super 50th anniversary. Their latest single, “Kimi no Shinhwa” placed #3 on the Oricon Charts!.

Check out their latest single “Kimi no Shinhwa” and their hit song “Sousei no Aquarion” on YouTube!