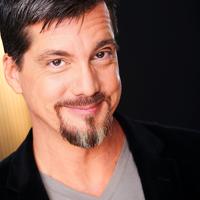 Anime fans may know him as X Drake in “One Piece,” Shoot McMahon in “Hunter x Hunter,” Locus in “Berserk,” The Professor in “Cyborg 009,” Jasley in “Mobile Suit Gundam: IBO” season 2, Vincent Pike in “MSGT: Bandit Flower,” Genji Kamogawa in “Hajime no ippo,” Shori Shibuya in “God, Save Our King!” and many more too obscure to list. Cartoon fans know him as Chase on “Transformers: Rescue Bots,” Colonel Rawls on the final season of “Regular Show,” Superman on “Family Guy,” Mick in “The Tom and Jerry Show,” Sylvas/Aikor in “The Monchichi Tribe” and a few pilots that died lonely and unseen.
FILM & TV: Pa Kettle in “Z Nation,” Bud in “Sharknado 2,” Zepht in “Star Trek: Enterprise,” Aiden Wexler in SyFy’s “Isle of the Dead,” and another 200+ appearances on random shows and weird films over the last 25 years. Check him out on IMDB and DCDouglas.com to spot more titles you know.