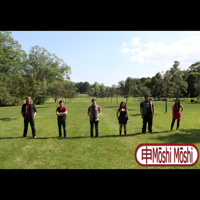 Moshi Moshi is an Anime, Video Game, and J-pop cover band. Based in Fort Lee, New Jersey, Moshi Moshi has been a hit sensation in the surrounding anime club and convention scene, and has been a part of events, large and small, for over a year. Moshi Moshi is on a mission to spread the appreciation of video game and anime music in ways that are nostalgic for fans, yet accessible to new audiences. If uniquely arranged music and highly talented performances sounds like your cup of tea, you’re in for a treat. Whether you’re in the mood for a latin jazz inspired Sailor Moon opening, or for a Kingdom Hearts power ballad, Moshi Moshi offers something for every fan! For more information check out their Facebook. Moshi Moshi will also be conducting an exclusive panel discussion at Liberty City Anime Con, so don’t miss this special chance to get to know the members and learn more about Moshi Moshi’s approaches to arranging, performing, and carrying out the band’s mission!