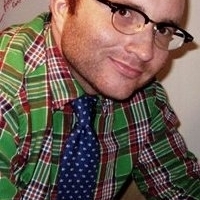 Steve Wallace is a writer, artist and letterer living in Columbus, OH. His work has been featured in Omega Comics Presents, Sequential Suicide and Reading With Pictures. He has also produced a number of mini-comics and will have a new four issue series GALAXY DRIFT releasing in 2015. See more of his work at stevewallaceart.com.