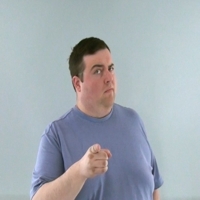 Brian Heinz aka the Last Angry Geek, has been producing his own comic book review show for nearly a decade called COMIC BOOK ISSUES. He followed this with a review show about the current run of Dr Who called YOU KNOW WHO. He’s even a perpetual riffer with his show: GEEK-RIFFS and has worked with the crew at Rifftrax. He’s appeared in several online movies: To Boldly Flee, Suburban Knights, it’s sequel (which he wrote and directed) Critics & Creatures and a rarely seen independent film called The Atop the Fourth Wall Movie. He is NOT the Brian Heinz you went to high school with unless you went to York high school from 1994 to 1998.