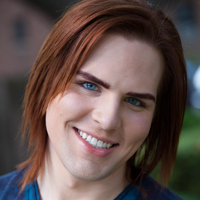 Jersey Boy-turned-Texan Michael A. Zekas is a voice actor with Funimation, Media Blasters, KOEI Tecmo, Aphmau, and many other creators from around the world. Check out his performances as Kasper Linz in Legend of the Galactic Heroes: Die Neue These, Katze in Ai no Kusabi, Koyuken in Hakyu Hoshin Engi, and his breakout role Cliff Strive in Holy Knight. Select games include Nobunaga’s Ambition: Taishi as Oda Nobunaga, Anima Gate of Memories: The Nameless Chronicles, and Fallen Legion: Rise to Glory as well as Slam Fighter II and the upcoming Red Star Azimuth from Austin-based Team Dogpit. Michael also works as a part of StarMan Studios as a director, audio engineer, talent coordinator, and head of communications. When attempting to not work, you can find him hunting for a good cup of coffee, showing off his puppies, or posing fabulously like a Joestar. Stay in touch on Twitter and other social media!