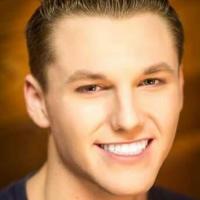 Gareth West is an American Anime Voice Actor/Actor/Model operating out of Texas. He is known to voice character such as Ittetsu Takeda in Haikyu, Seiya Takehaya in Tsurune, Haruka Shinozaki in My Girlfriend Is Shobitch, Kanichi Konishi in Food Wars and Akihiro Tsukuba in Chihayafuru. He has also played characters in various other shows such as; Log Horizon, Hitorijime My Hero, My Love Story, Gate, Chaika Coffin Princess, Rehamatora, Armed Girls Machiavellism, Mr. Tonegawa, and Haven’t You Heard I’m Sakamoto. When not making anime voices or acting, Gareth enjoys basically anything nerdy under the sun. So whatever it is you are into chances are you can come up and geek out, because there is nothing he likes more than getting enthusiastic and making new friends!