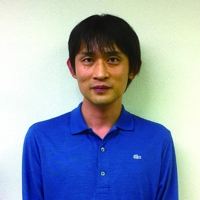 Manabu Otsuka was born in 1982 in Shizuoka Prefecture. He began his career in animation at STUDIO 4C where he worked on such projects as Genius Party (2007). In 2011 Otsuka was handpicked by then president Masao Maruyama to join MAPPA as a producer. Since joining he has produced numerous titles such as Kids on the Slope (2012/ Shinichiro Watanabe Dir.), Terror in Resonance (2014/ Shinichiro Watanabe Dir.) and Rage of Bahamut GENESIS (2014/ Keiichi Satou Dir.) On April 1st 2016 Maruyama handed him the reigns and he took on the double role of producer and CEO. In 2016 Otsuka produced DAYS (Konosuke Uda Dir.) and the wildly popular YURI ON ICE (Sayo Yamamoto Dir.).