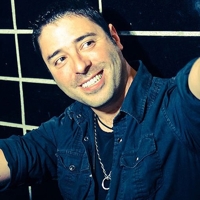 Slade Ham has performed in 43 countries on six continents. He is a veteran behind the microphone, both on stage and off. He is a regular on the nationally syndicated Bob & Tom Show, co-host of The Outlaw Dave Show in Houston, and host of The Whiskey Brothers Podcast. He has been seen on A&E, WGN, and stars in the critically acclaimed documentary, “I Am Battle Comic,” by director Jordan Brady.