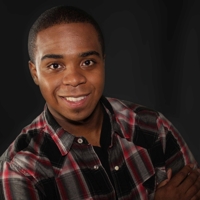 From telling you about the new McCafe items at McDonald’s to tormenting the Nostalgia Critic as Satan, Malcolm Ray is an actor, and voice actor. His skills go beyond acting with professional training in film and video as his major at Columbia College Chicago. In the span of his Bachelor career at Columbia, Malcolm has successfully completed his Interdisciplinary Film Degree, been the casting director for a practicum film, interned at O’Connor Casting, and has begun a professional acting career. He’s also studied courses in Columbia’s Radio and Theatre Departments including; Voice Over, Voice Acting for Animation, Radio Production, Stage Voice and more. Malcolm is represented as talent at the Stewart Talent agency in Chicago. As a freelance actor, he is currently hired talent for the online production company Channel Awesome. For over three years, he’s appeared alongside Doug Walker in many episodes of “Nostalgia Critic.”