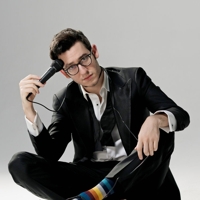 Sam Black is an actor, voice actor, and comedian. He’s worked with Nickelodeon, 4K Media, Media Blasters, CollegeHumor, FunnyOrDie, Hasbro, and more. As a screen actor he’s been on NBC, FX, and TV Land, and in films with Disney and the Coen brothers. He is half of comedy music act, Sam & Bill, who perform all over the country.