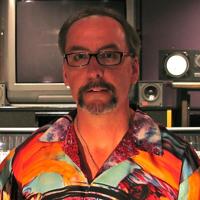 Les Claypool was the owner/operator of Magnitude 8 Post from 1989 to 2016. Starting in January of 1992, he was approached by U.S. Renditions and L.A. Hero to provide audio services for their new joint venture of dubbing Anime into English. Early projects from the “garage studio days” included episodes of Orguss, Macross II, Guyver, Ambassador Magma, and Giant Robo.