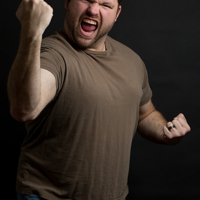 Nick “Lanipator” Landis is a writer, actor, comedian, and other reasons he dropped of college and worries his parents! Lani is best known as the co-founder of Team Four Star, a troupe of online funny-bois that created Dragonball Z Abridged, Hellsing Ultimate Abridged, Final Fantasy 7 Machinabridged, among other gaming and anime programing!

As well as Programs such as: RWBY, Death Battle, One Piece, Fairy Tale and others.
You can also find him dishing out motivation and life strategies on Youtube.com/Lanipator